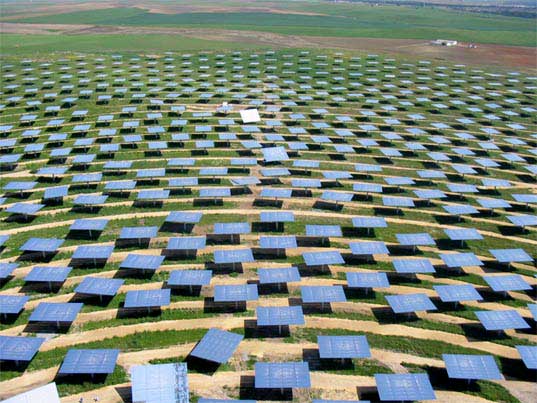 The lucky sunny state of Arizona is about to become home to the world’s largest Solar Plant! Thanks to a just-announced contract between Abengoa Solar and Arizona Public Service Company (APS), the enormous solar plant called Solana will power up to 70,000 homes, and will be the first example in the country of a major utility getting the majority of its energy from solar. The 1900 acre plant will be completed by 2011 –if and only if Congress renews the clean energy tax credit that’s set to expire at the end of 2008. The Arizona solar power plant has been named Solana, which means “a sunny place” in Spanish, and will be located 70 miles southwest of Phoenix, near Gila Bend, and cover 1,900 acres. The capacity of the power plant has been projected at 280 megawatts — a capacity which could power 70,000 homes and create 1,500 jobs. The electricity generated by the plant will be sold to APS to the tune of around $4 billion for over next 30 years. Solana will make use of Abengoa Solar‘s Concentrating Solar Power (CSP) technology, which is based on solar radiation concentration to generate steam or hot air, which is used by an electric plant to run steam turbines.

The CSP technology uses three different approaches to concentrate solar rays: tower technology, parabolic trough technology, and dish Stirling technology. The Solana power plant would primarily employ parabolic trough technology. Abengoa Solar is presently operating the world’s first commercial CSP solar tower plant in Spain – which we wrote about last year. This new enormoust solar power plant could be a huge boon for renewable energy, the environment, and the local economy with all the new jobs it will create. But there’s one catch- this week the house will be voting on the renewal of a clean energy bill which would shift about $18 billion in tax breaks from oil companies to renewable energy. Essentially, Abengoa’s ambitious solar plan hinges on the passing of this bill. The current clean energy tax credit will expire at the end of 2008, which would effectively make Solana impossible if it did. So while Solana would be a huge step in the right direction for our society, the fate of its realization lies in the hands of policy makers this week.

INFORMATION FOR OUR READERS

The Blog has been updated from “Inspiring Things from around the World” to “Conscious Living”. 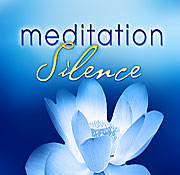 In the series "Meditation-Silence" you can enter the realm of meditation with short quotations and meditation videos with spiritual master Sri Chinmoy. 20 episodes were published on srichinmoy.tv and you are welcome to watch or download them.

QUOTE OF THE WEEK

In the new hour ahead My heart shall cry for God. In the new day ahead My life shall smile with God. In the New Year ahead I shall finally satisfy God.
-Sri Chinmoy

Remembering the life of Sri Chinmoy

Sri Chinmoy meditating with his disciples

40 years ago: Utpal on Race-Walking